The Vietnam War Veterans Recognition Act of 2017 establishes the day as a national observance. However, it is not an official holiday in any part of the United States.

All across the United States, commemorative events like wreath-laying ceremonies, speeches, and luncheons are held to mark the occasion. Typical venues include the Vietnam Veterans Memorial in Washington DC, war veteran medical facilities, and military cemeteries.

Vietnam Veterans Day was first observed as a one-time occasion on March 29, 2012, when President Barack Obama issued a proclamation calling on “all Americans to observe this day with appropriate programs, ceremonies, and activities.”

Lasting from 1955 to 1975, the Vietnam war engulfed the Southeast Asian country of Vietnam as well as its neighboring countries, Cambodia and Laos. It resulted in several million deaths, most of whom were Vietnamese civilians.

The conflict began during the 1950s when the struggle between the country’s communist northern part and the anti-communist south escalated. The United States began its military involvement in an effort to back the South’s effort to quell the communist onslaught, which, at the height of the Cold War, was feared to promote the spread of communist ideology and influence worldwide. During the war, about 500,000 US troops were dispatched to Southeast Asia, about 58,000 of whom were killed.

The conflict ended in 1975 with the fall of Saigon and the victory of North Vietnam. 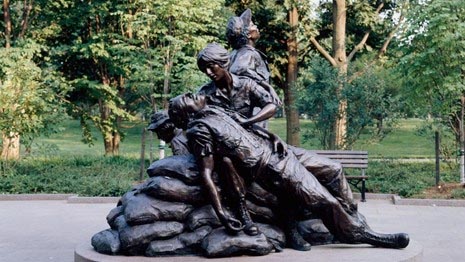 The Vietnam Women’s Memorial is a memorial dedicated to the women of the United States who served in the Vietnam War. It depicts three uniformed women with a wounded soldier and serves as a reminder of the important support and caregiving roles that women played in the war as nurses, air traffic controllers, communication specialists, and etc.It is part of the Vietnam Veterans Memorial and is located in National Mall in Washington D.C., a short distance south of The Wall and north of the Reflecting Pool.