The Most Vulnerable Veterans The United Relief Foundation Serves Are Also The Least Visible.

Coming To The Aid Of Veterans, Men and Women, In Need On A Moments Notice

The number of veterans experiencing homelessness saw an uptick last year, according to an annual report released by the Department of Housing and Urban Development.  Read more

Like many of their fellow Americans, veterans have not been immune to experiencing financial burdens, reduced resources, and housing instability due to the pandemic.

Responding with Care: Providing veterans with the personal hygiene products, clothing, food and other basic dignity and wellness essentials.

Responding with Compassion: Aiding veterans during a critical time of need to overcome a self-reliant or wellbeing hardship, challenge or crisis.

The Lifeline of Care Comfort Compassion is extended to a veteran’s spouse and children as warranted.

United In Service of:

These are veterans who are homeless. at risk of being homeless. or experiencing a wellbeing crisis.

These are veterans who can support themselves, but are experiencing a self-reliance or wellbeing hardship, challenge or crisis.

The most vulnerable veterans the United Relief Foundation serves are those who do not have the financial or physical means to travel to get the help they need, making them also the least visible to the public.

Making Life-Saving and Changing Differences Across the United States

From making several Life Saving Differences as with an Army Veteran who was living in a van with his wife and their two children have attested too after the Foundation helped provide safe housing, food and medicine as well as employment prospects for him and his wife, and the gas money to get to appointments, interviews, and their new jobs.

...to making hundreds of Life Changing Differences like coming to the aid of a homeless female veteran with 2 children.

John, 45, is an Air Force veteran. The story and picture shared by his partner Ayana,

"….invaluable through what has been hands down the most difficult time…."

The United Relief Foundation respects and diligently protects the privacy of the veterans we serve. It was John and Anita’s persistence in sharing their story with others that I agreed to share the less intimate details included in their 1,750-word “Our Story.” Frank Salato, President.

John, 45, is an Air Force veteran. The story shared by his partner Ayana, which she writes:

… my partner John and I were expecting our first child, both first time parents. I was 35 weeks along with a high risk pregnancy.

John had a heart attack. Doctors called the condition of his arteries a “walking time bomb” and a “widowmaker”.

While he awaited his Triple Bypass surgery scheduled 5 days later at Hines VA, I was left at home alone, terrified that the surgery wouldn’t be soon enough, or wouldn’t go well, that I was in a new home that wasn’t set up, unpacked, or prepped for baby at best, and at worst, that I may end up raising the baby on my own!

[The night before John’s surgery] I was admitted [to the hospital] and told I was in preterm labor! I was dilated and about to be wheeled into surgery for an emergency C-section. I begged the doctor to hold off as I was not ready to have this baby! I told her John was in the hospital scheduled for his Triple Bypass the very next morning. I exclaimed between contractions, “No, please not today! I’m not ready! The bassinet is not together! The car seat is not in the car! I need my partner to be here! We needed to bring this baby into the world TOGETHER!” Witnessing my sheer desperation, she said, “Okay let’s give you some more fluids and keep observing. If you dilate any further, we’ll have to deliver, but for now we can wait.” Thank God she listened to my plea! I later found out John cried when I told him I was about to be wheeled into surgery without him there.

…it was time for John’s Open Heart surgery. He texted me that he was going in in the morning, and hours later I was calling from my hospital bed to every desk I could reach in Hines VA trying to get word on how his surgery went. No news from 7:30am to 5:30pm! It took 10 hours to hear that he had survived and “done exceptionally well” and that his Triple Bypass became a Quadruple! I could finally breathe.

The social worker at the VA hospital said they could get John a home health aide and possible homemakers to help with cleaning, but it might take a couple months. That was all they had to offer and nothing was certain.

One day, I decided to reach out for help to Denisse Montoya, an acquaintance we’d met a couple years back who’d impressed us with her dedication to providing veterans with access to quality programs and services. John was in the Air Force. The thought crossed my mind to see if she knew anyone who could help us in this dire situation, and I am so glad I did! She turned out to be an absolute lifesaver, and especially so for linking us with Illinois Joining Forces. Their support and care were invaluable through what has been hands down the most difficult time of our lives! Michael Smith and Jim Dolan jumped right into action and organized a donation from United Relief Foundation via Frank Salato who was diligent in seeing that we received it as promptly as possible. Michael and Jim were so attentive and concerned, it was truly heartwarming. They are Earth angels!

Well after all the uncertainty, we had our healthy baby boy, who we named Haven Sebastyan – and he is the best thing that ever happened to us! He is by far our greatest blessing and accomplishment. Just being with him, and caring for him, we are truly in our safe and holy place.

We thank the teams at IJF and United Relief for keeping our family in their prayers, helping us swiftly, and putting our minds at ease. We are forever in the debt of these conscientious, exceptionally caring individuals for coming to our rescue and we will never forget their generosity, support, and dedication as long as we live.

God Bless you All!

As nice as it is seeing and sharing good deeds, what is more gratifying is the differences we make, even if only known by the veterans we serve and us.

United Relief Foundation president Frank Salato is always available to discuss the Rapid Response Initiative and the differences made. (888) 718-0989 Ext. 1

The United Relief Foundation respects and diligently protects the privacy of the veterans we serve.

How You Can Make A Difference

100% of your Rapid Response Initiative Good Deed Donation will go directly to serving the needs of veterans requiring immediate assistance.

How We Get Connected With The Veterans We Serve

United Relief Foundation is contacted by a veterans service organization or agency.

Veterans contact the United Relief Foundation by phone or the Veteran In Need form on this website. 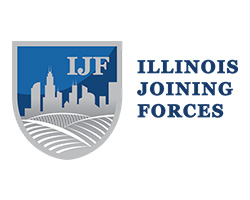 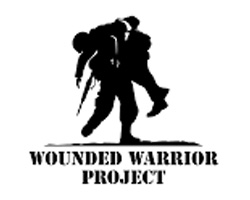 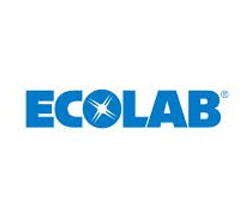 All Good Deed Donations are making a difference. Partner and Patron and are distinguished donation levels of recognition bestowed on individuals, organizations or businesses.

In Memory of Contributions

About Our Hope and Help Partner Illinois Joining Forces

With the engagement of IJF as a Hope and Help Partner and IJF's Care Coordinators Michael and William, who are veterans themselves, the United Relief Foundation has the added capabilities to rapidly respond to veterans in need of immediate assistance anywhere in the United States.

Illinois Joining Forces Foundation is a registered 501c3 and serves as a statewide public-private partnership that promotes the efficient delivery of Growth and Wellness initiatives for Service Members, Veterans, and their Families at the community level.

The United Relief Foundation is a tax-exempt 501(c)(3) nonprofit organization dedicated to doing the good deeds that make the differences in the lives of the men and women who served in the United States Armed Forces.

Ways To Make A Difference

15 Years Of Service Making A Difference By Being The Difference.